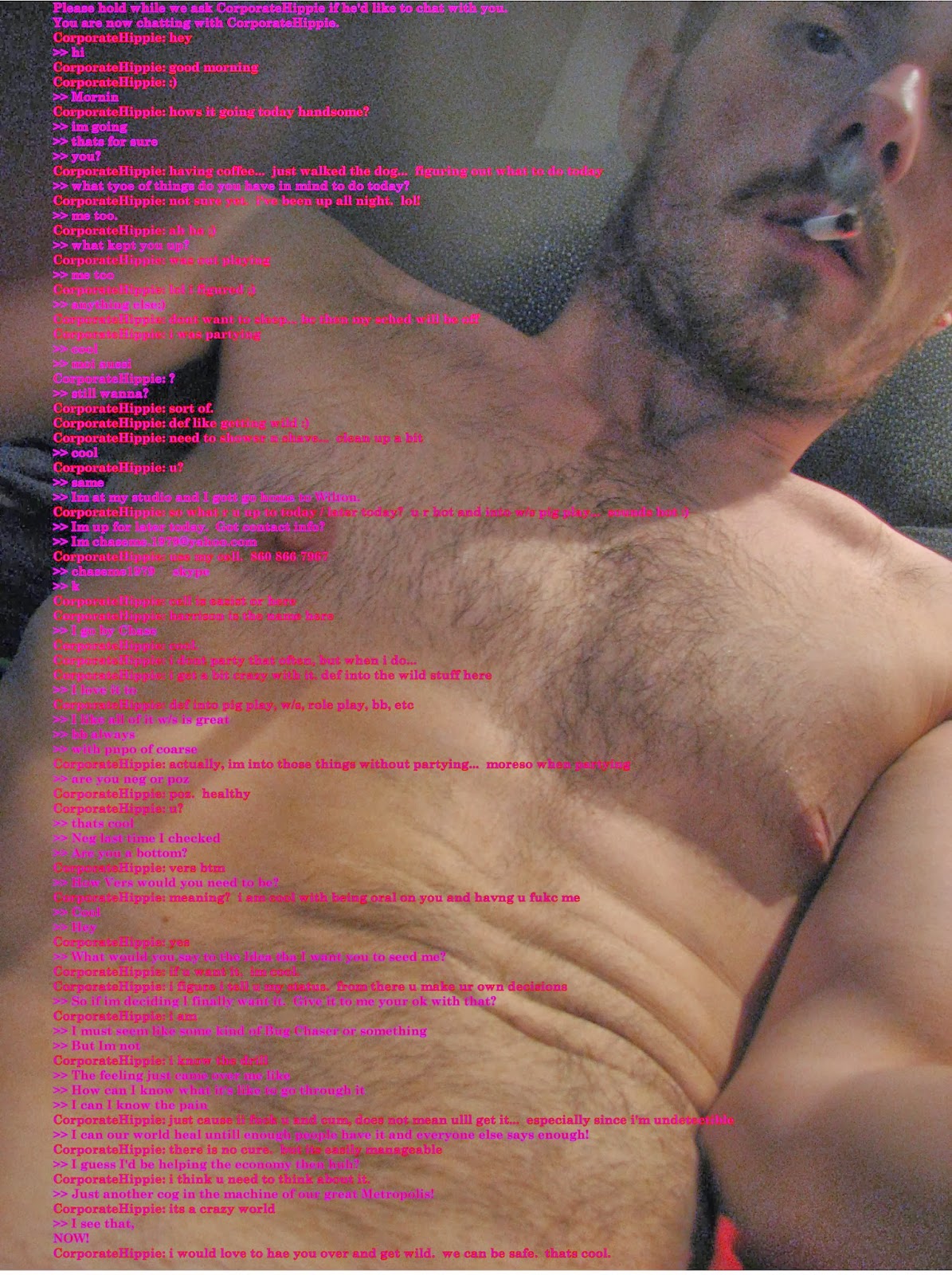 The value of "interpretation" is that through it, one might expose reality, or explain oneself. -Ai WeiWei

The value of "interpretation" is that through it, one might expose reality, or explain oneself. -Ai WeiWei

It all began while working deep in character as Chase Alias on a series called What We Found on Craigslist...

Chase Alias' Bugchaser is an Immersionist work. It is as revealing about society as true journalism should. Yet gonzo techniques, method acting and social media become the mediums. The final image a captured moment in time.

I found that this series of works emerged from the unique natural layering of text and imagery that occurs when you begin to blog, tweet and Facebook your New Media. As you view them your titles and names and peoples comments begin to merge with the work creating a depth and breath to the original mimesis upon which the works are conceived.

The Instant Message Conversations actually occurred as a part of an immersion into the world of online gay hookups. Something that has become so ubiquitous. The wording is placed over one of the images that was used during the online encounter.

Because I work in Character I always shoot video.
The end result is a Video Screen capture.