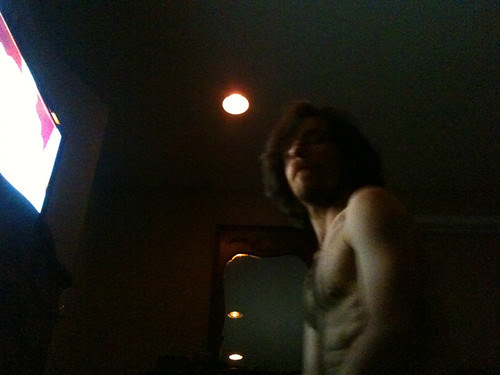 All that we do is done with an eye toward something else.
-Aristotle

Imagine if artists had the nerve to make interesting public art anymore. We would all be a little richer. So often artists choose very commercial routes to exhibit and possible sell their works never realizing how much potential exposure and brand recognition is missed by ignoring public art. Very few artist have been bold enough to place their show freely. Banksy in London has made his city so proud his gorilla marketing style is a symbiotic approach to the art experience.

The original gorilla style art however was used and perfected by one of the original Gorilla Girls, Barbara Kruger. Her use of Russian reconstrutivust type faces mixed with Marshall McLuhan inspire phrase layer over her ver raw images gave the viewer A very guttural response. The greatest tool in her arsenal was her smart use of NYC's billboards to exhibit hers works publicy.

As a young Immersionist I have made sure to create a cannon of works that are as publicly visible as possible. Every image is CC and has great online exposure.

Edogenous Series 2010 - 2012 lends itself to a very large format. With grainy degenerative quaities and the use of heat quotes by fascinating people thes images would works very well on billboards in NYC and other metropolitan areas

The art of it is that the works will advertise nothing but impact their environments greatly all while employe the juxtaposition of using a traditional advertising medium. This might seem like a lift goal. But with public help, public art can be interesting again.