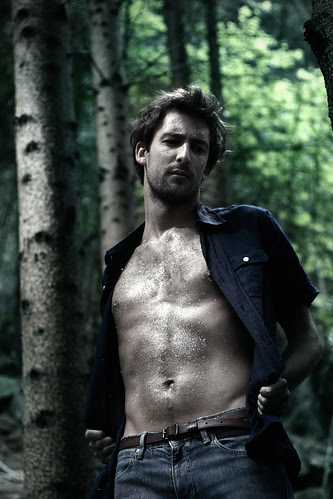 Via Flickr:
Gorgeous model: Henry as Edward.
more inside.

Ok, this is a marvellous thing that I did last Summer with two amazingly silly fellows(Henry, Sara: I love you guys), while spending our holidays in Trentino(Northern Italy).
Point was: totally making fun out of Twilight-verse.

@Twilight fans: do not hate me! :P
Just joking.

@Rest of the world: do not take me for a Twilight fan!

I fear that, in uploading this stuff, I am inexorably killing the vague appearance of seriousness and gravity that my stream used to have.
Considering how far I pushed it, I guess that there is no damage in sharing this too(an hilarious, badly-done video in which you can see me coming out of a grave in Pere Lachaise in Paris… kind of pretending to be a vampire or some demoniac thing): www.youtube.com/watch?v=Mh6DnIOi-EU

If you are wondering… there is no real reason to justify this embarrassing stuff(except that I was with the same two friends of the pictures, that seem to bring out the best in me).