A Way of Seeing

A Way of Seeing 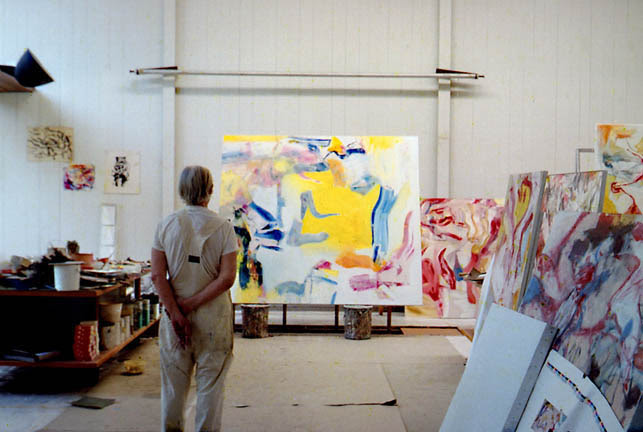 Willem de Kooning in his studio. Photo © 2012 Tom Ferrara. Artwork © 2012 The Willem de Kooning Foundation/Artists Rights Society (ARS), New York
After meeting Bill de Kooning, one thing that first became apparent was that he had amazing skills of observation. Not only was he more visually active than everyone else but he also appeared to enjoy the act of seeing more than anyone. It seemed like he noticed everything and was able to find something extraordinary in the most ordinary of places.
Ordinary was a word he used often and always in a positive way. For him it did not mean “common-place” so much as it seemed to represent a quality that could be described as natural or without pretense. So if he said about a person “he seemed so ordinary,” it was actually meant as a compliment and he would say it with great admiration. 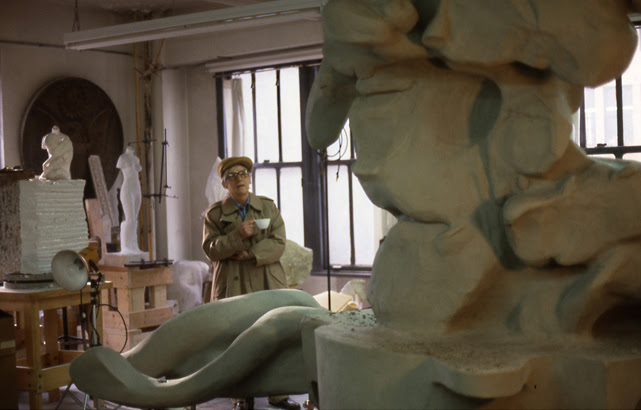 Willem de Kooning at the studio of Bruce Hoheb. New York City, January 1982. Photo © 2012 Tom Ferrara
Change was another word he used often. He said, “you have to change to stay the same” and it was the way he described the challenge of keeping the life in his art. But change requires work and a lot of risk-taking. To do it continually through a whole long career and at such a late age reflects a tremendous level of energy and endurance. 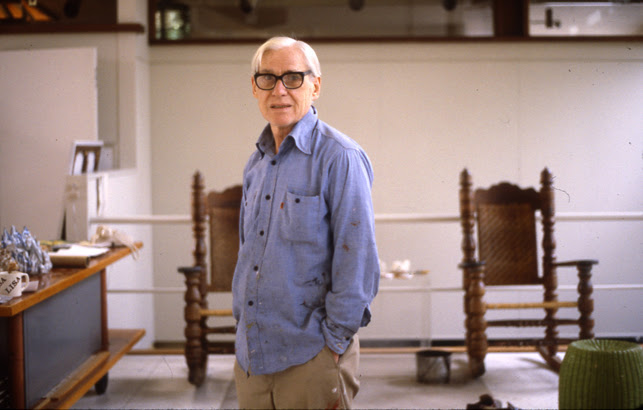 Willem de Kooning in his studio. November 1981. Photo © 2012 Tom Ferrara
Free association was a big part of what his art was about. He wanted an image that was evocative but not definitive and with the possibility for multiple interpretations. For him, the fun of painting had a lot to do with the anticipation of what might show up. More than anything he wanted to be surprised. 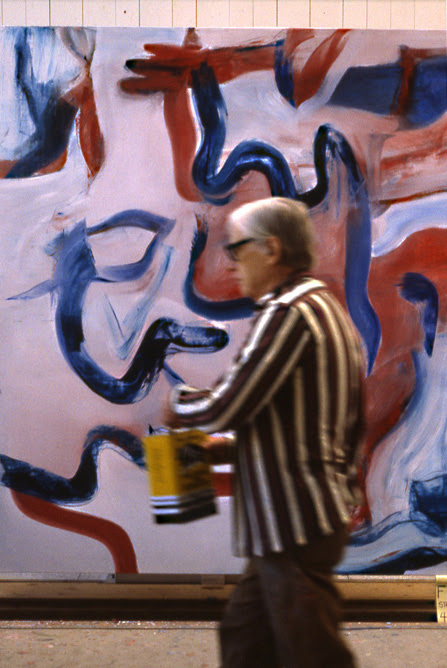 Willem de Kooning working. 1982. Photo © 2012 Tom Ferrara. Artwork © 2012 The Willem de Kooning Foundation/Artists Rights Society (ARS), New York
Many times the first thing he would say about the painting he was working on was, “It reminds me of…” and it could be anything, such as a bedroom with an unmade bed, or a bathroom with a tub and sink, or maybe a couch. Or it could be a beach scene with the surf, sand, atmosphere and sky, and some figures laying around… all suggested by a few simple lines. All he needed was the suggestion of form and his imagination would take off. Another person might see something completely different or nothing at all and that was ok. But the free associations were very important to him, the surprising scenes of ordinary life.
de Kooning: A Retrospectiveis on view at The Museum of Modern Art through January 9, 2012.
Tom Ferrara is an artist who exhibits regularly in New York City. He was an assistant to Willem de Kooning from 1979-1987 in East Hampton.
Tags: Willem de Kooning
Email Post
Labels: Chase Alias Theorize Art Willem de Kooning