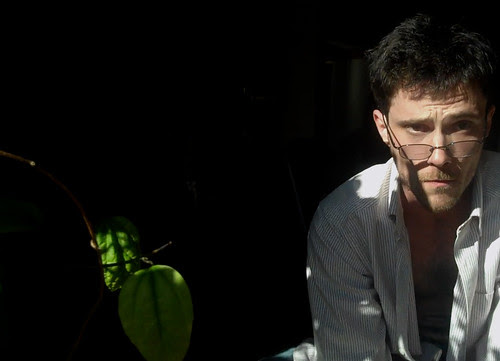 Via Flickr:
Now available for free with a full version of this capture's Soundscape Soundtrack Exclusively on Android Market.

Anyone who practices the art of self portraiture knows what a challenge constantly reinventing oneself for the camera can be. Chase Alias has created an art out of it. By combining strict Stanislavsky Method Acting Techniques life Affective Memory, Memory Recall and Sense Memory with photography and now his new video screen captures he has opened up great new concepts in the field of self portraiture.

In Chase Alias' Empty Vessel :)(: From the Series "A Portrait of Charles", 2011 he is attempting something very radical. This is the very first work of many to come where Chase is no longer taking self portraits but rather focusing on portraiture of others by proxy. He uses his own vessel as the canvas and attempts to recreated his subjects presence and emotionality and perhaps look through that vessel.

After living with and studying his current subject "Charles" for over a year Chase Alias is now ready to release the groundbreaking new "A Portrait of Charles" series. This comes at the very same time that the world gets a first glimpse at the depth of this young conceptual artists already exiting canon with the release of his new book, "Getting Chase".

"Getting Chase" is the new Biographical Pictorial about Conceptualist and Method Artist David S. Pollack by Chase Alias, Holden Vance III, Cubby and David S. Pollack. Coming soon to wherever book are sold.