EDGE OF AN EMPIRE 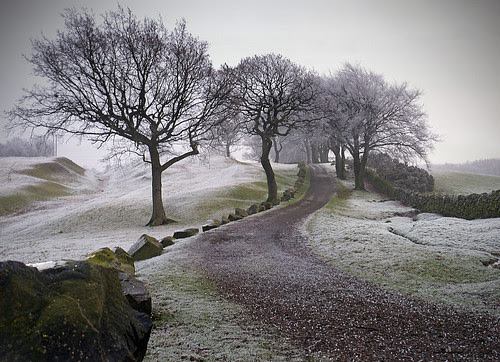 EDGE OF AN EMPIRE, a photo by kenny barker on Flickr.

The Antonine Wall is the largest relic of the Roman occupation of Scotland.

Built around AD142, on the orders of the Emperor Antoninus Pius, it marked the northern border to the Roman Empire and was constructed as a defence against the northern tribes.

It stretched from Carriden on the Forth to Old Kilpatrick on the Clyde, and was approximately 37 miles long.

Unlike the stone-built Hadrian's Wall, the Antonine Wall consisted of a rampant of soil faced with turf, resting on a stone foundation.

It originally stood 12 feet high, and was protected on the north side by a V-shaped ditch that was 40 feet wide and 12 feet deep(seen here on the left)


South of the wall itself ran a cobbled road – the 'Military Way' – which linked a network of forts that were built along the wall at intervals of approximately 2 miles. These forts acted as barracks for troops who defended the frontier.

The Antonine Wall was constantly being attacked by the Picts and, by AD160, as the Roman Empire gradually became weaker, the Wall was abandoned as the Roman army retreated to the south.