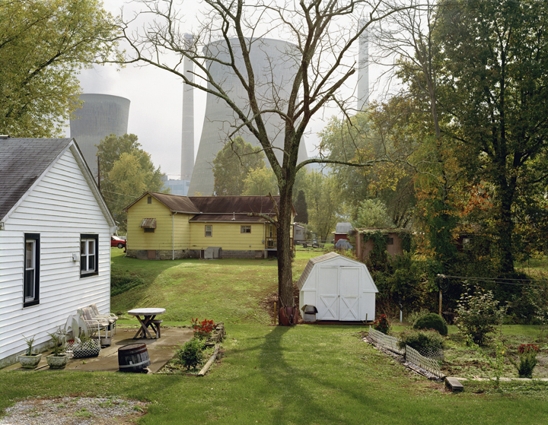 Mitchell "Mitch" Epstein (born 1952 in Holyoke, Massachusetts) is an American photographer whose photographs are in numerous major museum collections, including New York's Museum of Modern Art and Whitney Museum of American Art, The J. Paul Getty Museum in Los Angeles, the San Francisco Museum of Modern Art, and the Tate Modern in London. He has also worked as a director, cinematographer, and production designer on several films, including "Dad", "Salaam Bombay!", and "Mississippi Masala."

Epstein graduated from Williston Academy. In the early 1970s he studied at Union College, New York; Rhode Island School of Design, Rhode Island; and the Cooper Union, New York.[1][2] At the Cooper Union, Epstein was a student of photographer Garry Winogrand.[2] After Winogrand brought photographer William Eggleston to his class and experimented with his own colour, Epstein produced also color photographs which at the time were considered a tool of advertising.[2][3] Epstein later helped pioneer the redefinition of color photography as art form.

By the mid-1970s, Epstein had abandoned his academic studies and begun to travel, embarking on a photographic exploration of the United States. In 1978, he journeyed to India with his then-wife, director Mira Nair, where he was a producer, set designer, and cinematographer on several films, including Salaam Bombay! and ''India Cabaret. His book In Pursuit of India is a compilation of his Indian photographs from this period.
From 1992 to 1995, Epstein photographed in Vietnam, which resulted in an exhibition of the work at Brent Sikkema Gallery in New York, along with a book titled Vietnam: A Book of Changes. Epstein's Vietnam pictures reveal the complexity of a culture molded by French colonialism, the American war, and western consumer culture. “I don’t know that Mitch Epstein’s glorious photographs record all of what is salient in end-of-the-twentieth century Vietnam," wrote Susan Sontag, "for it’s been more than two decades since my two stays there. I can testify that his images confirm what moved and troubled me then…and offer shrewd and poignant glimpses into the costs of imposing a certain modernity. This is beautiful, authoritative work by an extremely intelligent and gifted photographer.”
Having lived and traveled beyond the United States for over a decade, Epstein began to spend more time in his adopted home of New York City. He managed to turn New York into a city that looked unfamiliar—as imagined as it was real—in The City. 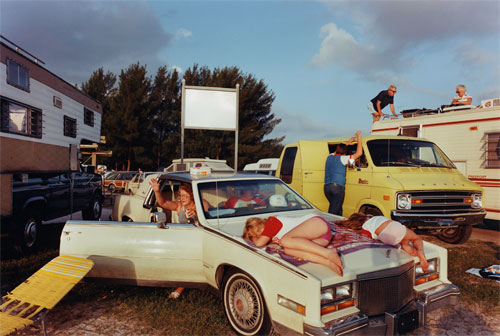 In 1999, Epstein returned to his hometown of Holyoke, Massachusetts, to record the demise of his father's two businesses—a retail furniture store and a low-rent real estate empire. The resulting project assembled large-format photographs, video, archival materials, interviews and writing by the artist. The book, Family Business (Steidl), which combined all of these elements, won the 2004 Krazna-Kraus Best Photography Book of the Year award.
From 2004 to 2009, Epstein explored how landscape and society intersect in the United States via energy production for a series entitled, American Power. He photographed energy production sites and their environs in twenty-five states, often hounded by Homeland Security agents. These pictures question notions of power, electrical and political. The large-scale prints from this series have been exhibited worldwide and published as a monograph (Steidl, 2009). In a review for Art in America, Dave Coggins wrote that Epstein "grounds his images...in the human condition, combining empathy with sharp social observation, politics with sheer beauty."
Epstein also collaborated with his second wife, author Susan Bell, on a public art project and website based on American Power. The What Is American Power?[4] project used billboards, transportation posters, and a website to "inspire and educate people about environmental issues."[2] 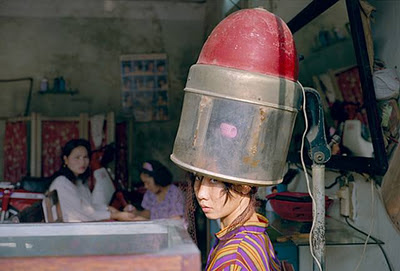 His first marriage was with Mira Nair, who divorced later. Now he lives in New York City with his wife and daughter.