Five Artists from Another Planet by Amanda Ryan

Five Artists from Another Planet 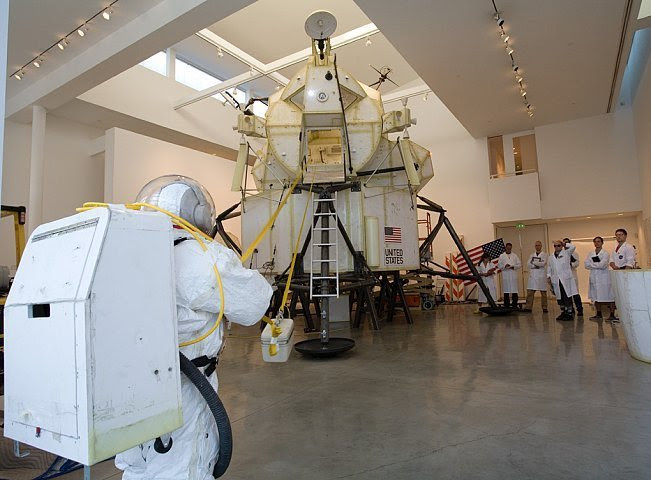 Tom Sachs, EVA demonstration (lunar sample conveyor), 2007. Courtesy of Gagosian Gallery.
In May 2012, Tom Sachs will take over the Park Avenue Armory’s fifty-five thousand square foot drill hall to simulate a month-long expedition to Mars. Presented by Creative Time, Astronaut’s Training Manual: Space Program 2.0: Mars features a Martian landscape, mission control, spacecraft, exploratory vehicles, and a launch pad, all constructed from a variety of common materials. Sachs and his thirteen assistants will perform procedures, rituals, and mission-related tasks throughout the month. Previously, Sachs constructed his own 1:1 scale lunar module and Tyvek space suits to stage a mission to the moon at Gagosian LA. In anticipation of Sachs’ Mars mission, we look at his upcoming show at Sperone Westwater, as well as four other artists drawing on the otherworldly. 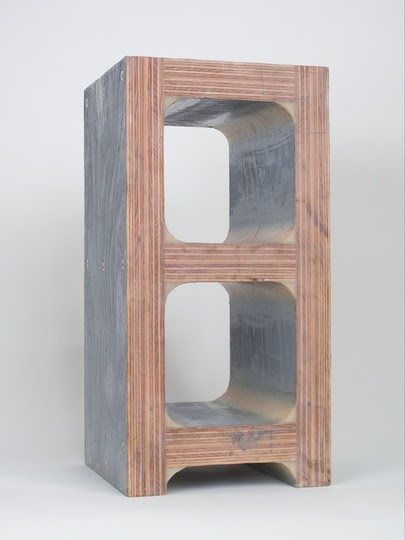 Tom Sachs, Cinderblock, 2009, synthetic polymer paint and resin on plywood. Courtesy of Sperone Westwater.
Since the mid 1990s, Tom Sachs has been recontextualizing common cultural symbols to give them new meanings, such as in his early Hermés Value Meal and Chanel Guillotine. He creates his sculpture through bricolage, cobbling together found materials to create an object with a wholly new function and meaning. As a result, each piece emphasizes the presence of the artist’s hand and reveals his reverence for the ritual of labor – edges are left unfinished, paint strokes are etched and burned into surfaces. The pieces on display in Work at Sperone Westwater reference a variety of Sachs’ artistic and cultural influences, mirroring the cycle of creation, reproduction and consumption in society. 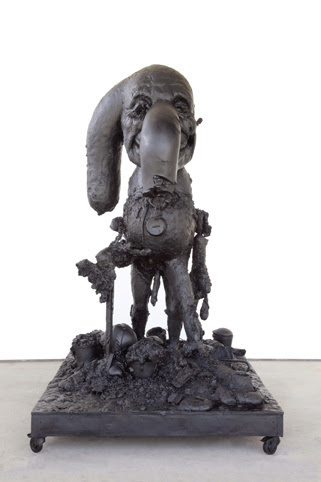 Paul McCarthy, White Snow Dwarf 7, 2010-11, bronze. Courtesy of Hauser and Wirth
Los Angeles-based artist Paul McCarthy began his career in the late 1960s as a performance artist influenced by Allan Kaprow’s happenings. McCarthy’s more recent videos and sculptures are known for their use (and sometimes desecration) of pop-culture images. In The Dwarves, The Forests, Paul McCarthy has created a series of sculptures that sets Snow White and the Seven Dwarfs in a nightmarish alternate reality. His imagery hearkens back to the original, more sinister 19th century version of the story, juxtaposing it with the sunnier Disney images that have become engrained in our cultural consciousness. 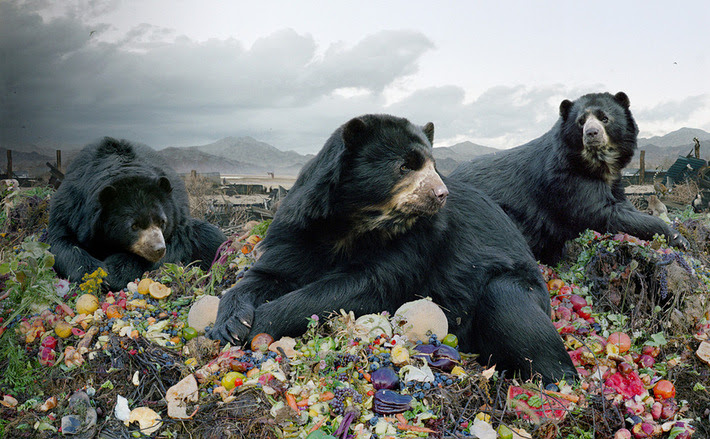 Simen Johan, Untitled #152, from the series Until the Kingdom Comes, 2008, C-print. Courtesy of Yossi Milo Gallery.
In the tradition of early photographers like Oscar G. Rejlander, Simen Johan places his subjects against images drawn from other sources, resulting in otherworldly composite photographs that mix the real and artificial. For his latest series Until the Kingdom Comes… at Yossi Milo Gallery, Johan has placed animals from nature, zoos, and museum dioramas in worlds that are both brutal and idyllic. At times inhabiting an apocalyptic landscape, Johan’s anthropomorphized animals prompt reflection on human nature. 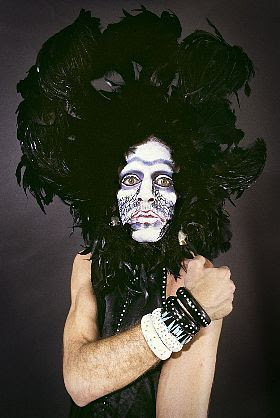 Gilles Larrain, John Raven, 1970, archival digital print from Kodachrome. Courtesy of Steven Kasher Gallery.
Gilles Larrain initially trained as a painter at New York University and the Ecole Nationale des Beaux-Arts in Paris, but it was Larrain’s photography that captured the vibrancy of the late 1960s New York City underground. Inspired by trips to the famous Warhol hangout Max’s Kansas City, Larrain held wild salons in his SoHo apartment, inviting his friends to come play music, dress up, and party while he photographed the action. In the 1973 book Idols, Larrain compiled a series of photographs of his transvestite friends, whose outlandish, mystical personas are unmitigated expressions of human creativity. Idols at Steven Kasher Gallery is the first ever exhibition of Larrain’s large-scale photographs from the book. 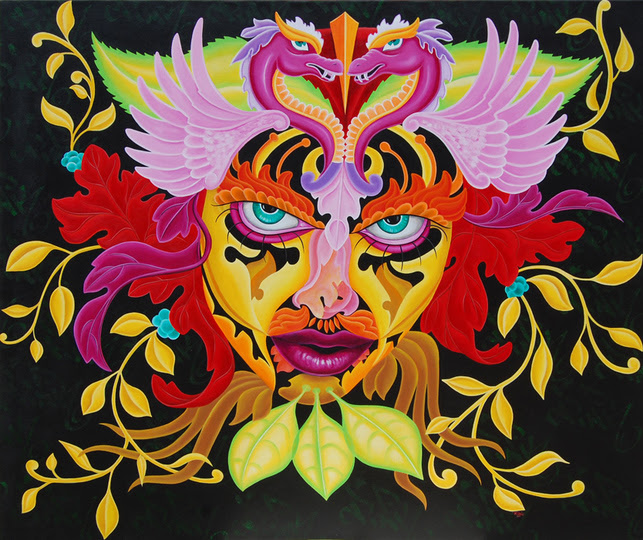 Lady Pink, Lady of the Leaf, 2011, acrylic on canvas. Courtesy of Woodward Gallery.
Lady Pink was the first woman to break into the male-dominated world of New York City graffiti writing, making her name tagging subway trains in the early 1980s. She was featured in the landmark street art documentary Wild Style, had her first gallery shows while still in high school, and now has paintings in numerous museum collections. In her latest show at Woodward Gallery, she weaves her name into surreal landscapes and fantasy creatures.
Click here to sign up for Artlog’s newsletters.
Email Post
Labels: Chase Alias Five Artists for Another Planet Theorize Art