By Maura Judkis
Marni Kotak, an artist whose plans to give birth in a New York gallery as an act of performance art provoked criticism and concern, delivered a healthy baby boy Tuesday. Kotak, 36, gave birth to baby Ajax, weighing nine pounds and two ounces at 21 inches at 10:17 a.m., before an audience in a home birthing center she constructed at the Microscope Gallery. The gallery did not disclose how many people were present for the birth. 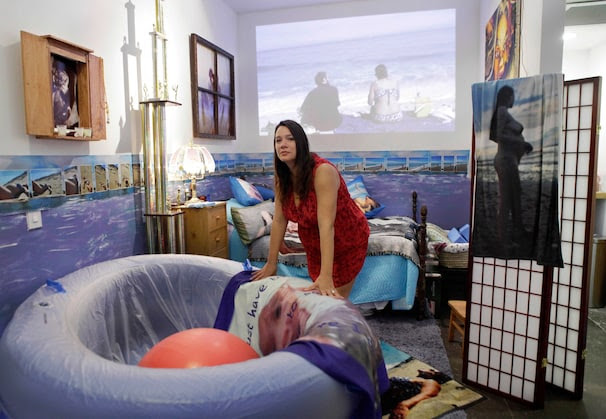 Brooklyn-based performance artist Marni Kotak is shown leaning on a birthing pool at the gallery, which has been converted into a birthing room, in New York, Monday, Oct. 17, 2011. (Kathy Willens - AP)
Kotak has stated that giving birth is the “highest form of art.” When she announced plans for “The Birth of Baby X,” as the performance was called, the news quickly spread online, where commenters were fast to proclaim that Kotak was “narcissistic,” that her work was “not art,” and that she was “putting the life of her child at risk”--even though she hired a midwife and a doula to oversee her labor.
Other components of the exhibit include a 10-foot-tall trophy for Baby X “for being born,” Kotak’s pregnancy test, and photo collages that depict babies with many eyes, ears and mouths.
Araceli Cruz of the Village Voice arrived at the gallery just after the birth and described the scene:

Kotak calmly eating a banana, the placenta in a bowl and the baby's father, Jason, holding his son who was wrapped in a blue towel. The beautiful baby boy was wide-eyed, and as quiet as could be, staring blankly into the camera and video lenses that hovered above him.

The Microscope Gallery plans to show video of the birth for the rest of the exhibition, which continues through Monday, Nov. 7. But now that “The Birth of Baby X” performance is nearly complete, it’s time for Kotak to transition into her next performance: “Raising Baby X.”
She plans to re-conceptualize her role as a parent to baby Ajax into a work of performance art that will last for the rest of her life. She details the performance plans on her project statement on her Web site:

Various aspects of raising the child will be taken into consideration such as food, education, clothing, the child's room, healthcare, playtime, travel, safety, discipline, entertainment, and simply loving the child. In addition, I will write and publish an anthology of memoirs about my experiences with motherhood, containing journal entries, photo documentation, and discourse on current social issues relevant to the project and facing all mothers today, such as whether or not to vaccinate a child, how to support your child's education, school nutrition, the influence of the media, and how to balance work and family life.

In addition, she is seeking funding for the project on Fractured Atlas — think of it as an artsy baby shower.
Though some have called Kotak self-indulgent, is her work that far removed from what some mommybloggers and Facebook oversharers do? If Kotak’s work is viewed as a hyperbolic response to a culture that already documents and publishes the most mundane and intimate details of life, it’s easy to see it as something more that just a woman who wanted to shock New York by giving birth in front of an audience.
Said Kotak to the Village Voice: “I am showing them, as in my previous performances, that real life is the best performance art, and that, if our eyes can be opened to it, all of the meaning that we seek is right there in our everyday lives.” 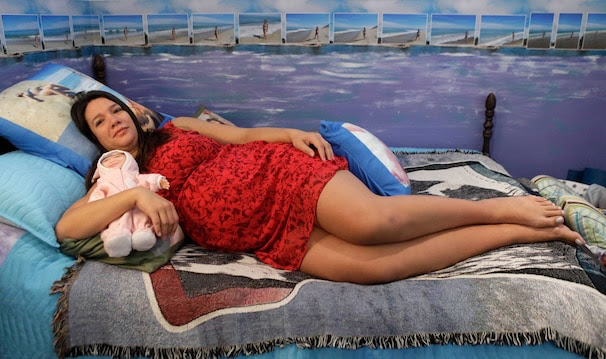 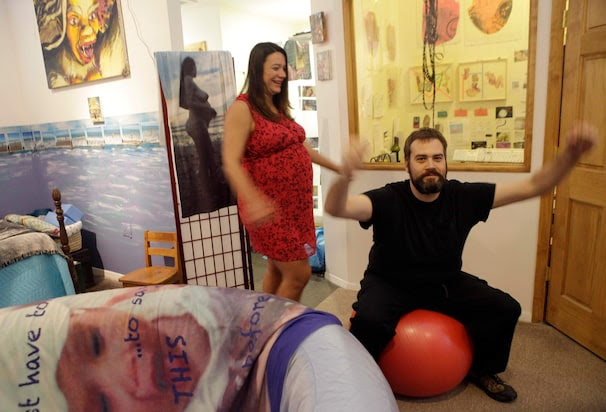